By Gael Hees, Special to bizNEVADA

Sometimes successful businesses just happen, and for Dida Clifton, owner of The Office Squad, it was a matter of developing her past training and experience into a profession.

“I started my company as a part-time bookkeeper from home when my husband was still active duty Air Force,” said Clifton. “I just wanted a part-time gig while my kids were in school and we were stationed here.”

She settled on bookkeeping with the idea that it was “portable” and was, therefore, something she could take with her when they were transferred to another location. But her husband retired from the Air Force, and they stayed in Las Vegas where her company continued to grow. Seventeen years later, Clifton’s company, The Office Squad has more than ten employees, offices in two states, and is ramping up to grow into additional areas.

Clifton also served in the military for six years where she worked as a squadron operations specialist with an F 15 squadron. Her company name is a tribute to her time in that squadron. She married a pilot and began her life as a military wife, moving approximately every two years.

Filled with an entrepreneurial spirit, Clifton volunteered for the Wives’ Clubs on different bases, worked in the base thrift shops, started a gift basket business, and sold Mary Kay products, among other things.

She soon realized she had learned bookkeeping – QuickBooks – for her own businesses and felt like she could do it for others. She found that many business people were not good at back office operations, bookkeeping, and administrative duties. “I also realized from my job in the military, that systems and procedures help make an organization move forward more smoothly.

Clifton made another observation. “Business owners have a lot in common with the mentality of a fighter pilot,” she said. “They’re very smart, they’re mission-oriented, they have a passion, but they think they can do it all by themselves. So, it has been my job to teach small business owners that you really can’t do it by yourself, you need good support.”

One of the things that helped The Office Squad grow is Clifton’s ability to embrace technology. In 2008, she created her own “cloud” and started offering “virtual” bookkeeping and administrative support services.

“We had an entire virtual desktop, so clients had access to their QuickBooks online. They had Word, PowerPoint, Excel. There was an instant chat system,” said Clifton. “This was before Google Docs and Dropbox.” she added, “And we still use this.”

When asked about what she would do differently given a chance, she said she would not have charged so much on credit cards, and she wouldn’t hire friends and family members. “Sometimes you just have to be the boss and can’t be everyone’s friend,” she said.

Clifton’s long-term plan is to continue to develop a brand for virtual business assistance and bookkeeping that people trust. Her big goal is to take the business nationwide.

“I am proud of the fact that I have grown a successful company, have a successful marriage, and raised two wonderful daughters,” Clifton concluded. 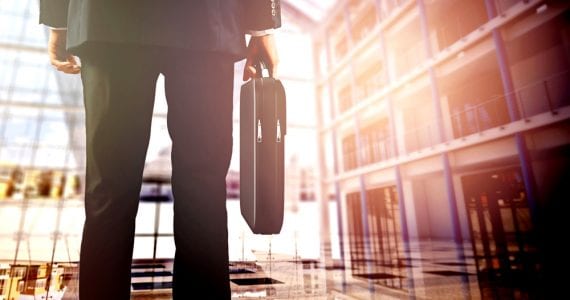 Toby Tatum 19 Apr 2019 4 comments
By Toby Tatum, Special to bizNEVADA In my capacity as a Certified Business Appraiser, I have had many engagements to value a business in order to determine the purchase price…