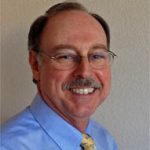 If there were an actual ‘school of hard knocks,’ Debbi Somers would have graduated with honors.

Raised in Chicago, Somers began working in her father’s grocery store at the age of 14. “When you work for your father, and he owns the business, you do every part of that job. I might be bagging one day, the next day I’m a cashier, and the next day I’m putting meat in the meat cabinet and stocking shelves. You really had to do whatever needed to be done,” said Somers.

That early training and her interest in business and was the foundation for Somers success. Of course, working in the family business as a teenager meant long hours with minimal pay and a sacrificing many of the usual social events, “While other kids were at the school dance or football game on Friday nights, I was working at the store because no one else wanted to work.”

At the age of 16, Somers, in search of better pay and hours, took a job working in a savings and loan, and later, in the front office of a water softener company. “I would just volunteer for everything to learn the business—that girl is taking a vacation, let me try her job—that girl is out sick, let me fill in for her. When a water softener sales position opened, I asked if I could try it. I would go out on the job site with the installers so that I could understand the installation, I wanted to know how everything worked,” Somers explained.

“After selling water softeners for many years, I thought, I would really like to work in a woman’s job instead of a man’s job.” With that, Somers applied for and received a position with Breuner’s Home Furnishings in Las Vegas.

As a single mom with a six-year-old daughter, Somers was happy for the occupation change and the move out west. However, upon arrival she discovered that instead of selling furniture in a showroom, she was placed in the furniture rental side of the house, catering to the convention industry which was also dominated by men. “At that point, I just decided that I would forget about the woman’s job and just go ahead and do the man’s job,” Somers said with pride.

As it turned out, renting furniture to the growing convention industry in 1982, was a blessing in disguise. Somers success and reputation in the industry, along with her entrepreneurial spirit, was all that she needed to strike out on her own, and in 1989 Somers Convention Furniture Rental Inc. was formed.

“The year 2001 was the most challenging year. In August of 2001, we chose not to renew our contract with the convention general contractor because we could not agree on pricing which would be mutually advantageous. This represented 90% of our cash flow. Then came 9/11, and the convention and tourism industry in Las Vegas took a direct hit. Our challenge was to ensure our cash flow by looking for internal savings, i.e., employee layoffs or find a new business. We decided to expand and diversify our business to ensure our survival,” commented Somers.

Along with her growth, Somers also expanded her services, and in addition to her furniture rental division she even custom designs and manufactures pool, patio, and nightclub furniture, and has as her

Jason Guinasso 19 Apr 2019 7 comments Diversity
By Jason Guinasso, Special to bizNEVADA Over the last year, our firm has fielded a number of questions from employers regarding what their obligation to provide “reasonable accommodations” to individuals…