Home Work Business Strategy The Case for a Buy/Sell Agreement 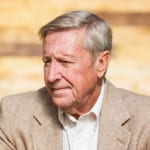 By Toby Tatum, Special to bizNEVADA

In my capacity as a Certified Business Appraiser, I have had many engagements to value a business in order to determine the purchase price for the ownership interest of a departing business partner or non-employee stockholder. In every case, these were small, locally-owned businesses and in every case, the owners had not entered into a Buy/Sell Agreement. Also, in every case, my first question regarding the contemplated valuation of their business was whether or not they had a Buy/Sell Agreement in place. Interestingly, there was never confusion regarding what I was talking about; they were familiar with the concept in broad terms but, I must assume, never thought that creating such an agreement was worth the trouble. In my opinion, this oversight is a serious mistake because the absence of a Buy/Sell Agreement can, and often does, result in expensive litigation.

There are a plethora of issues to consider in the development of a Buy/Sell Agreement, all of which fall into three basic categories:

1. The need to address circumstances that necessitate the purchase of an individual’s
ownership interest known as Triggering Events—and there are many—twenty of which I
am aware.

2. Determination of a purchase price for the departing (or deceased) partner’s/shareholder’s
ownership interest.

3. Whether the purchase of a partner’s/shareholder’s interest should be 1) a cross-purchase
agreement whereby the remaining owners purchase that interest or 2) an entity-purchase
agreement that calls for the corporation to purchase the subject ownership interest. There
is also a hybrid agreement that gives the corporation the first right of refusal to purchase
the subject ownership interest and, if declined, the right to offer the shares to selected
remaining owners.

My purpose here is to focus just on issues related to the determination of a purchase price. This topic falls into two categories.

2. The propriety of post-valuation adjustments to the initial value conclusion.

There are four protocols for the determination of a business’s value that can be included in a Buy/Sell Agreement.

1. Fixed-Price Agreements. As the term suggests, an agreed upon value of the business is
stated in the Buy/Sell Agreement. Often, the Buy/Sell Agreement calls for periodic
updates to the fixed price. The advantage of this being that Fixed-Price Agreements are
easy to understand—i.e., our business is worth $X—end of story. The disadvantage is that with almost near certainty, the agreed-upon value will be out of date and inaccurate very soon after it has been established.

2. Formula Price Agreements. In this case, the value of the business is established as some
multiple of the business’s earnings—i.e., our business is worth X times earnings where a
procedure to determine the X multiple may be spelled out in some detail or simply stated
as a single number. For example, our business is worth four times earnings. Here again,
the advantage of this protocol is that it is easy to understand. Additionally, it may lull the
owners with a false sense of comfort believing they have resolved the valuation matter in
a most sophisticated and scientific way.

Unfortunately, this is not the case. There are many different ways to value a business and
none can be considered to be the “best” or “most reliable.”

The right way to value a business is through the use of formulas which use more than one
approach, each employing different methods.

Think of this recommendation as analogous to establishing where on earth you are as
determined by a Ground Positioning System (GPS). How confident can you be in your
indicated location when locked on to just one satellite? Not very. Okay, how about when
locked on to two satellites? Certainly, a little more confident but not much. Now, when
locked on to three satellites, the GPS can triangulate and thereby significantly increase
the reliability of the indicated position and further increase the accuracy of the indication
as the fourth, fifth and more satellites become locked in.

In other words, establishing a business’s value using just one method or formula has great
potential to be wildly inaccurate. The benefit of valuing a business via multiple methods
allows each to serve as a sanity check on the others. When all of them yield value
indications within reasonable proximity to one another, then you have the data with
which to negotiate a business value where the interested parties have the best chance to
amicably come to a mutually satisfactory agreement.

3. Shotgun Pricing Agreements. These are very rare, I suspect, but the concept is simple.
One partner gets to establish their business’s value and the other partner gets to decide
whether to buy or sell at that price. This method is probably only workable when there
are just two owners.

4. Valuation Process Agreements. These agreements call for the development of a
business’s value via the engagement of a professional business appraiser subsequent to a
triggering event. The agreement may require a value opinion from just one business
appraiser or two or more business appraisers. In my opinion, this is the best of the four
valuation protocols to be included in a Buy/Sell Agreement.

And finally, there is the matter of post-valuation adjustments to the initial opinion of a business’s
value. By far, the most common employment of post-valuation adjustments is associated with
estate planning whereby ownership interest in a family business is passed down from parents to their children in the form of gifts. This gift-giving is a taxable event whereby the recipients are
obligated to pay a gift tax to the IRS. But these gifted ownership interests are always some
percentage less than 50%—typically much smaller than 50%. In this case, the tax law allows the
portion of the business being gifted—say 10%—to be valued at an amount less than 10% of a
business’s 100% controlling interest value. The logic being that a minority ownership interest in
a privately-owned business is at a disadvantage because that minority owner lacks the ability to
have a say in how the business is managed and would have great difficulty in selling that interest
on the open market. These two disadvantages lead to valuation discounts known as the discount
for lack of control and discount for lack of marketability. Both discounts are always applied to a
business’s 100% controlling interest value for purposes of determining the amount of the gift tax
to pay on a gifted minority ownership interest.

But here’s the rub. Is it appropriate, when a triggering event in a Buy/Sell Agreement requires
the purchase of a minority owner’s interest in the business, to pay that individual an amount less
than his or her “fair share” of the business’s 100% controlling interest value due that ownership
interest’s lack of control and lack of marketability? In the absence of a Buy/Sell Agreement
which addresses this matter specifically, it leaves the actual cash that a minority owner may
receive, in question.

I have seen two occasions where the absence of a Buy/Sell Agreement resulted in the cash
payout to a departing owner being less than that owner’s proportionate share of the business’s
100% controlling interest value.

In one case the controlling owner simply decided that the two discounts should be applied to the
buy-back price of a 25% ownership interest. However, if at the inception of the business that
individual contributed 25% of cash required to start the business, was it fair to buy back that
interest for just a little more than 12% of the business’s 100% controlling interest value? Of
course not! Unfortunately, since there was no Buy/Sell Agreement that departing owner was
entirely at the mercy and whim of the controlling owner.

The second disturbing partner buy-out scenario I have seen, was the case where two individuals
each held a 50% ownership interest. The remaining partner’s buy-back purchase price was
calculated as 50% of a 100% controlling interest value reduce to reflect the minority owner
discounts for lack of control and lack of marketability. Now, here’s the rub. A 50% ownership
interest is NOT a minority ownership interest, and all the theoretical justifications for applying
these discounts are ONLY applicable to a minority ownership interest. What’s more, in this
particular case, the amount of the discount applied had been determined using a discount
methodology that had long ago been thrown onto the scrap pile of discredited business valuation
methodologies.

In parting, my advice for those business owners who have one or more working partners and/or
non-working stockholders, develop a Buy/Sell Agreement. Once a triggering event occurs, it’s
too late, because the financial circumstance and preferences of those affected by the triggering
event depart 180 degrees in the opposite direction.

Toby Tatum has been a business broker since 1997 and was awarded the Certified Business
Appraiser credential from the Institute of Business Appraisers in 1999. In 2016 the National
Association of Certified Valuators and Analysts recognized Toby as one of fifty-nine of the
Financial Consulting Profession’s Most Influential who have had the greatest impact on the
profession. http://tobytatum.net/

Jason Guinasso 19 Apr 2019 7 comments Diversity
By Jason Guinasso, Special to bizNEVADA Over the last year, our firm has fielded a number of questions from employers regarding what their obligation to provide “reasonable accommodations” to individuals…